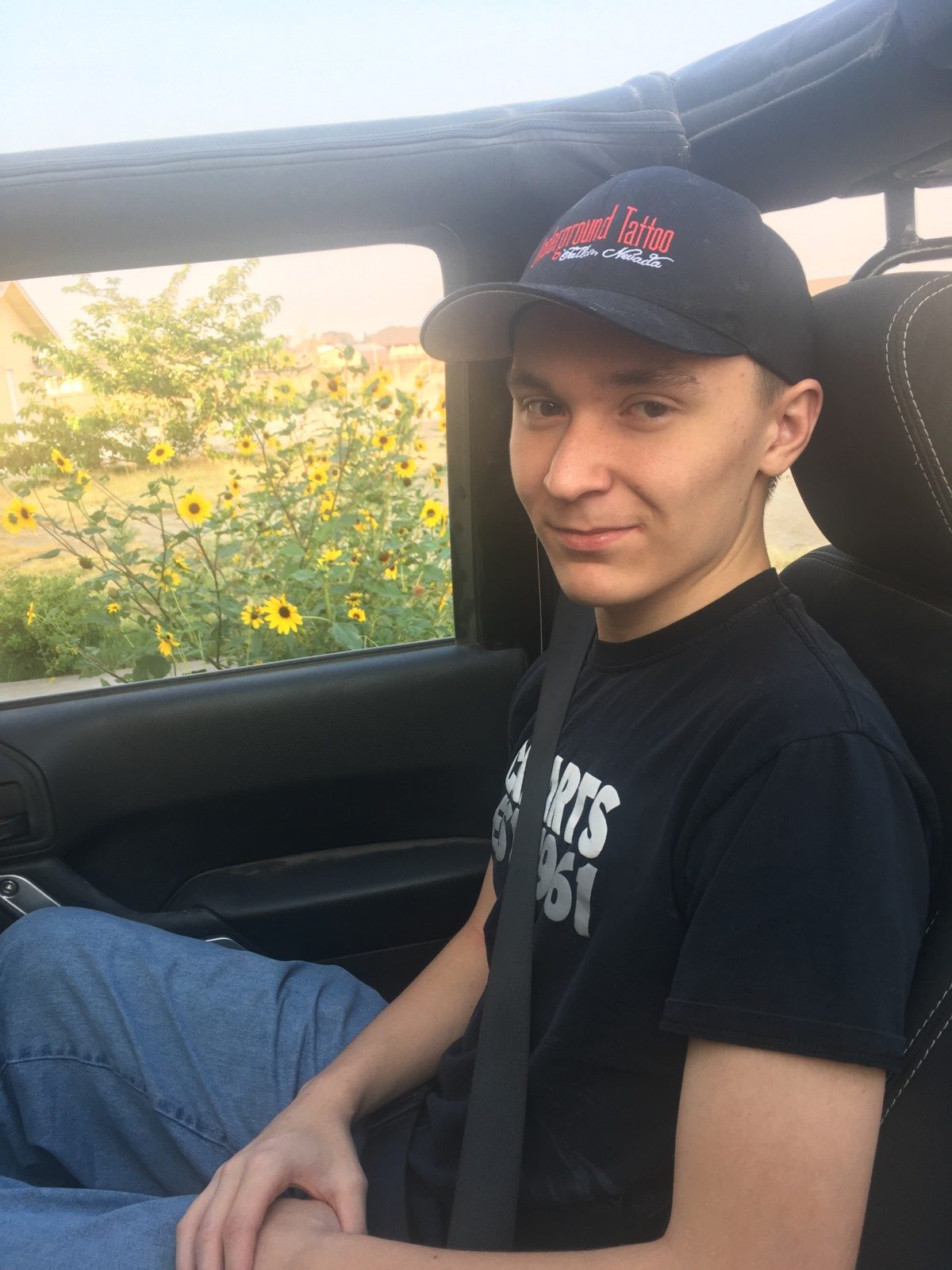 Yesterday was the first day of school.  I’ve been driving my son Kaleb to and picking him up from school for over 11 years now. For those who don’t know, I left the hospital with him the day after he was born and have raised him by myself ever since. I won’t go into the details how this arrangement came about, but for the last 17 years it has been me and him.

I should point out that for the first day of school he chose to wear a hat with my shop logo and a shirt from my old college – CALARTS.  How awesome is that?

The day before school started back up, I worked on adding roses and a compass with a banner to a lady’s arm.  She already had a blue rose that she wasn’t very happy with. I had a design ready to go for her, but I had just finished it that morning (I was able to get her in due to a cancellation, so I did not have adequate time to prepare properly). Anyway, for the first hour all I did was redesign the entire tattoo because what I had drawn wasn’t quite what she wanted.

I spent 2.5 hours tattooing her forearm, at which point we both decided to call it a day.  I thought everything went really well. She’ll be back next month and I will finish it up. Later that day I had a very very tiny tattoo to do on a very special friend that I have known and loved for 23 years.  Catching up on the old days was a bit more emotional than I expected, but it was a great way to finish the day.

And this morning I began work on the fourth and final tattoo fixup on a repeat client. She has a gnarly banner with names in it, just linework. Big, bold, black linework. I have already covered and fixed three of her other tattoos. This one involved covering one of the names in the center of a banner (because it’s her own name), and then I will also color the banner and possibly add two more roses to balance out the piece. I worked on her for 3 hours today.  The ink was flying in. I told her I wished all my clients had skin that took ink as well as hers.  She told me that she exfoliates and moisturizes every day.  Neither of us were sure if that is the secret, but all her tattoos have gone very smooth and stayed really bright. And after that my mom texted and asked if I wanted to go to lunch, so she and I went out to eat.  I had sushi and it was awesome!