Eating Income and My Mug 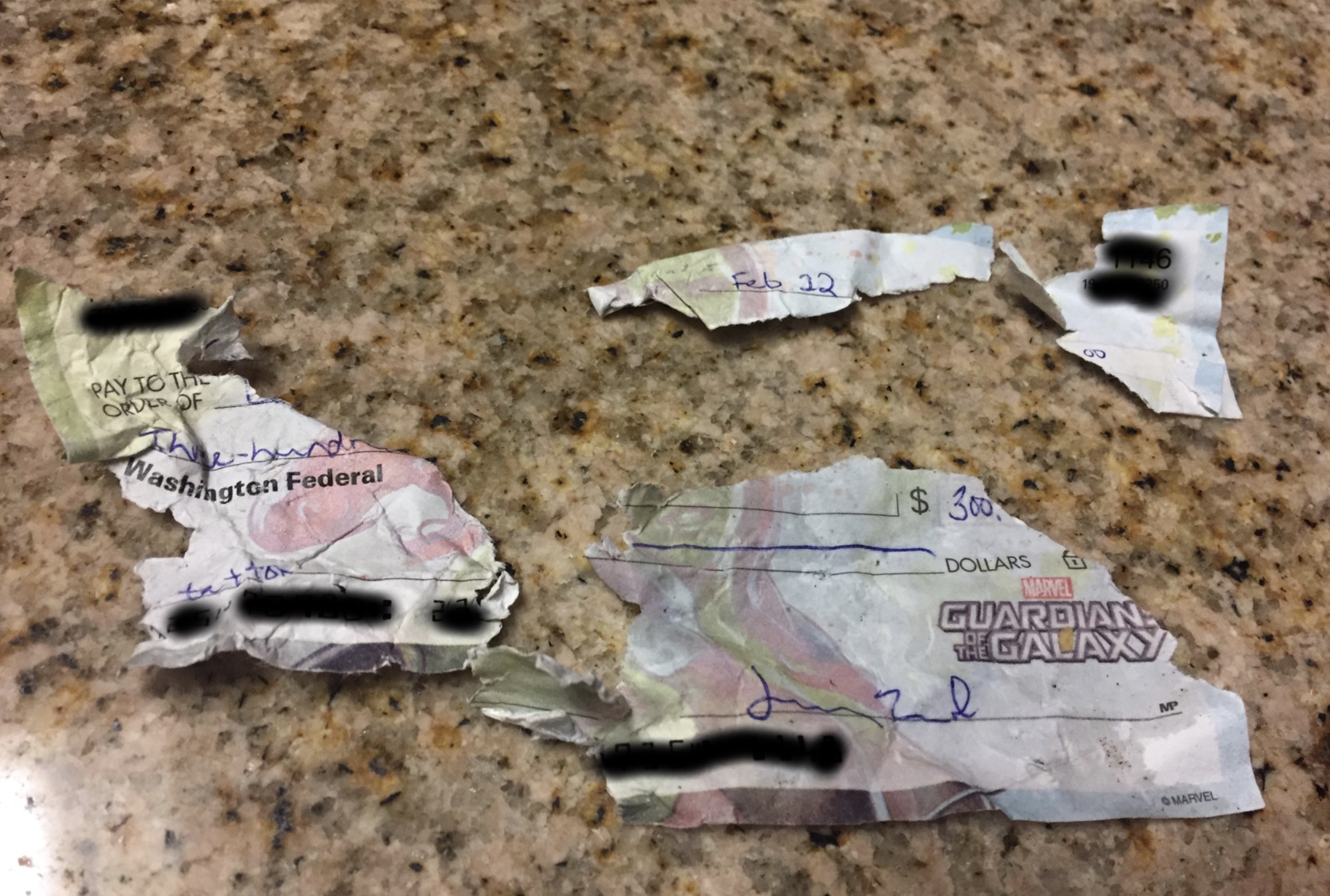 My client with the video game character piece always pays with a check. When I was ready to deposit it, I couldn’t find it. I tore my house apart looking. I went through my garbage. Eventually I located a few fragments that I was able to identify as the check.  I concluded that the puppy must have gotten a hold of it. Next came the shame of messaging my client. She was gracious enough to bring me a new check.

Progress was made on the pirate ship, though getting the ink in good was still a struggle. Next week we’ll switch to his other arm and start putting in a Kraken.

I began a large underwater piece with a sea turtle on a returning client’s leg. It took four tries to get a size she was happy with because every one I printed out she would say, “Bigger”.

I found an old photo of a miner and thought it would fit in with the Nevada mining sleeve. My client liked the idea and suggested that I put my face on the miner. So I snapped a selfie with my iPad and put my mug on the guy. That was definitely a first for me. I’ve been working on drawing up designs for many upcoming tattoos, one being an elephant for an upper arm tattoo and another an old style pinup. I got to do a cool freehand piece that will also be a coverup. I sketched the layout in just a few minutes and then proceeded to tattoo with a 27 soft-edge magnum needle for 4 hours. In the next session I’ll add more feathers going down his arm and cover the tattoo he has there.