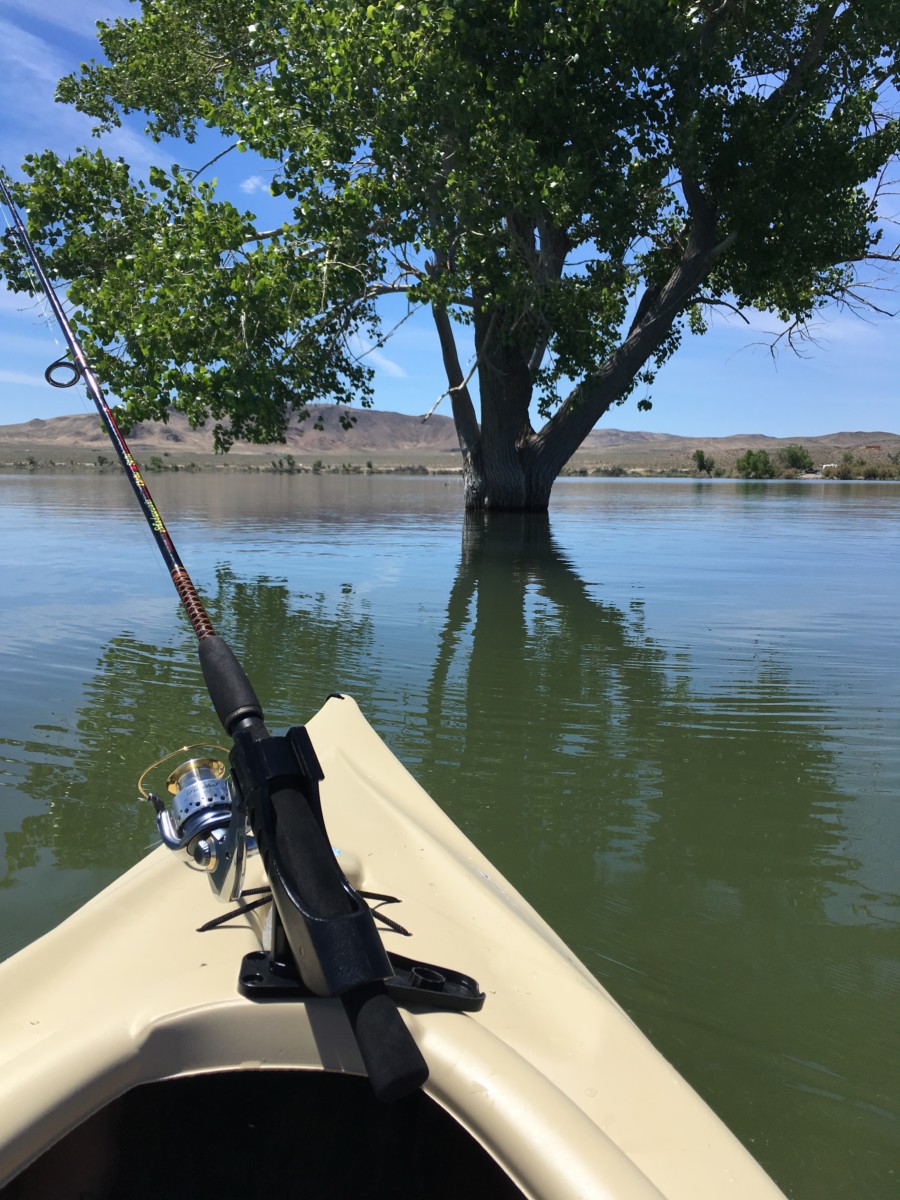 After an early-morning grocery store visit, I decided to strap the kayak to the Jeep, purchase a fishing license, and head to the reservoir 20 minutes away for some relaxing kayaking and fishing. I got to the middle of the lake, trailing my lure behind me, and I spotted a giant tree. I paddled over to it and started seeing very large fish cresting the surface. There were gnats all around the tree and the giant carp were everywhere. I was unable to catch one, which was probably a good thing because I have no clue what type of line I had on my fishing pole. This was the first time I’ve ever used it since I bought it in 2004. I did catch a little fish though. It didn’t put up much of a fight. I took his picture, unhooked him, and threw him back. I circled the tree a few times hoping to catch a big one, then some jet skiers hit the water and I felt it was time to go. It took a while to paddle back to shore. I thought I was only out there for a couple hours but driving home I realized I was out there for 3 hours. That’s bad because I’m a very white guy and I didn’t bring sunscreen. Me dumb!