Mining and a Turnaround 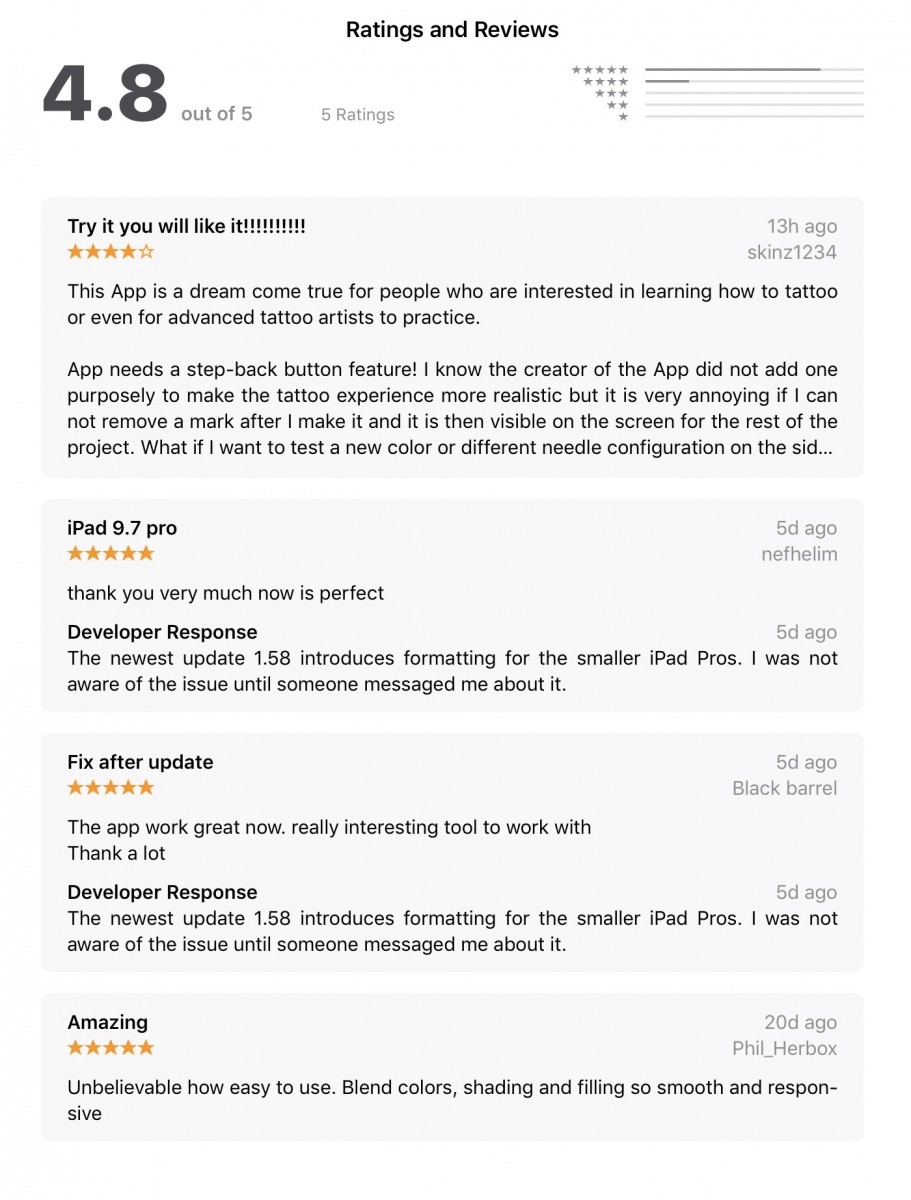 I have been avoiding checking reviews on my app since I first developed it 7 months ago out of pure fear.  A few days ago I looked for the first time and posted on the blog about how dismal they were.  There were only three reviews, and two of them were 1-star. I actually wasn’t as horrified as I thought I would be.  I fixed the problems, replied to the reviewers, and then spent a few days going through all the code trying to clean things up wherever I could see improvement needed.  Now the funny thing about the reviews is that the 5-star review I received was from a buddy of mine who mind you is NOT a tattoo artist, but he bought my app just to show his support and I guess also to give it a good review.  That really was cool of him.

Anyway, I woke up this morning and checked the reviews again, and to my surprise the 1-star reviews had changed to 5-stars.  They both were happy with the update and were able to actually use the app.  And I got a new review that was favorable along with some feature requests. And they were good requests, so I spent today implementing some new features and did lots of testing.  Any time I introduce new features it opens up the possibility of glitches and crashes. What I need to start doing is find some users who wouldn’t mind being testers.  Apple has a program called TestFlight where I can distribute an unreleased version of my app to a tester and they get access for 30 days.  They can use it and let me know about any problems they run into so I can fix them before releasing the update to all the users.

I took a break from writing code to work on today’s client.  He’s starting a new sleeve with a Nevada theme – lots of mining and gambling (I think I posted the designs recently). He has a brand of the letter ‘H’ on his bicep that we’ll have to work around. I was NOT very gentle with the 5- and 9-mag needles today and after two and a half hours he was bleeding a bit. Next round I’ll finish up the structure and put in a sky and a mountain and some trees.

Tonight I wasn’t sleepy so I worked on the panda bear design in my app.  It’s 1am and I really should go to sleep.