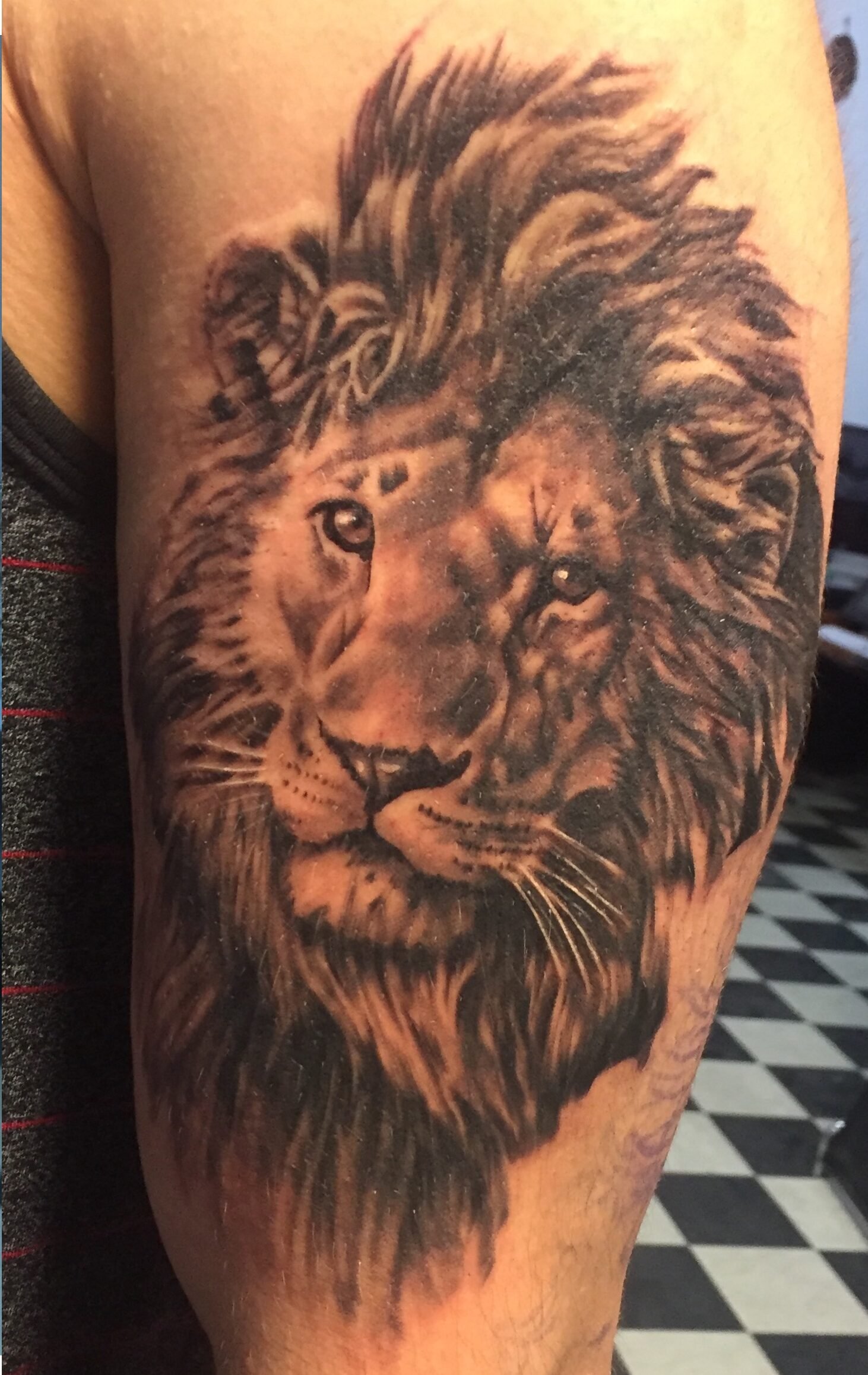 I met a new client today and started work on his very first tattoo, which will be a half outer sleeve. He is friends with two other clients of mine who both got lion tattoos. I was pretty happy with how this one Is turning out.

A lady who I went to school with came to town From Oklahoma for her father’s funeral. I had a cancellation and was able to get her in for a memorial design. I tried a stippling style, which I’ve never done before. It was awkward at first, but after a while I think I got the hang of it.

It’s hard to see what I added here, but next session I plan to outline it to make it more noticeable. Plus his skin was getting pretty hammered. It’s a camping tent with silhouettes of a lady and two boys.

A lady who I tattooed recently wanted more branches added to her tree to balance it out more.

I started a new turtle on the underwater leg sleeve. I like how bright and colorful this one is.

She brought me a little guy that had been handed to her at a bar randomly. I guess he’s supposed to hang on the side of your drink. She thought it was hilarious that it had my name on it so she gave it to me.

More progress on the camping scene. I’m hoping to finish the entire forearm in the next session.

Round two of the camouflaged armor commenced for two and a half hours. I’m covering two old tattoos with this one. He watched “Bill Burr“ and “Big Mouth” on Netflix, so foul but so funny.

The father of the little boy who died a few months ago came in for a portrait. I think he’s in his late twenties, was pretty destitute for a while but then started his own drafting business and is doing really well.

Poor Lenny got neutered yesterday. He was not happy at all. He’s stuck with that cone for 7 days.

I get so tired in the afternoons. Every two weeks a guy comes in at 5pm on my day off to have me work on his sleeve. I struggle that late in the day. But I still do decent work.