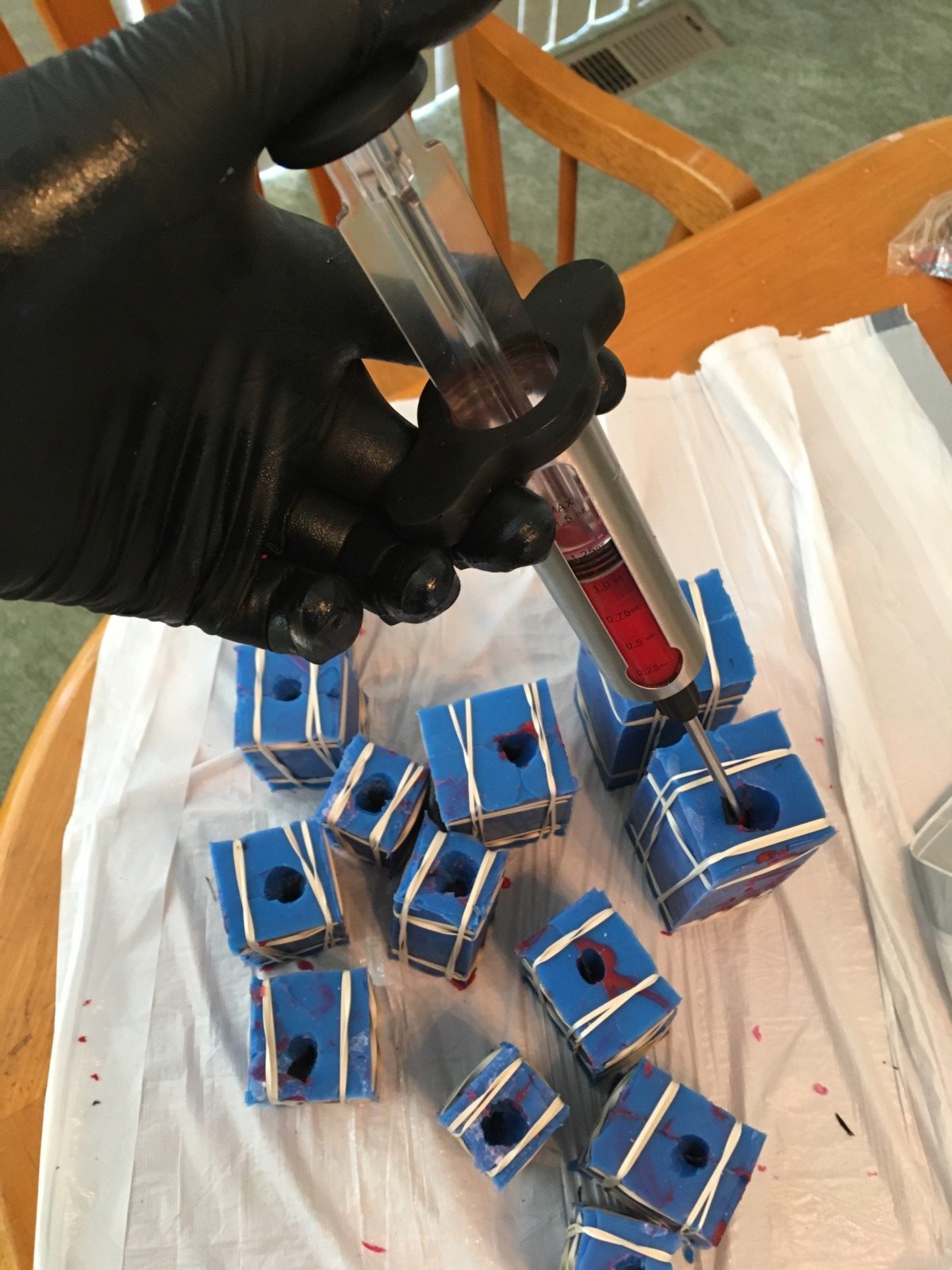 It has been a week of coverups. I don’t have the before picture of the first one, but it’s interesting to see how faded the first pink rose is. We did that one probably a year ago, and I recall the client not enjoying the experience at all. I mention that because I used to have a habit of rushing to get finished when I sensed a client wasn’t going to get through  a session. I should also point out that my technique has changed a lot over the past few months. I suggested to her during the current session that I should touch up that first flower so it matches, but she didn’t want to go through the pain again. The next day I had to cover up a gnarly rose. I do the majority of my coverup work freehand since it is difficult to align a stencil over an existing tattoo. Here is a before and after photo: This morning’s client is friend’s with yesterday’s client, and they both were wanting similar tattoos. She needed a terrible sun/moon tattoo covered. I’ve been working a bit on my artist mannequin in the evenings. I’ve had to remake the muscles with ‘tendons’ to facilitate adhering them better to the bones. I don’t have high hopes for the durability at this time, and I’m frustrated because a few of the muscles are not coming out of their molds intact. But I will continue to work on it when I can. It’s been almost a year since I started on this project. It began the same way TattApp started – I wanted one but it didn’t exist. general
Crest and Xion
The Warrior