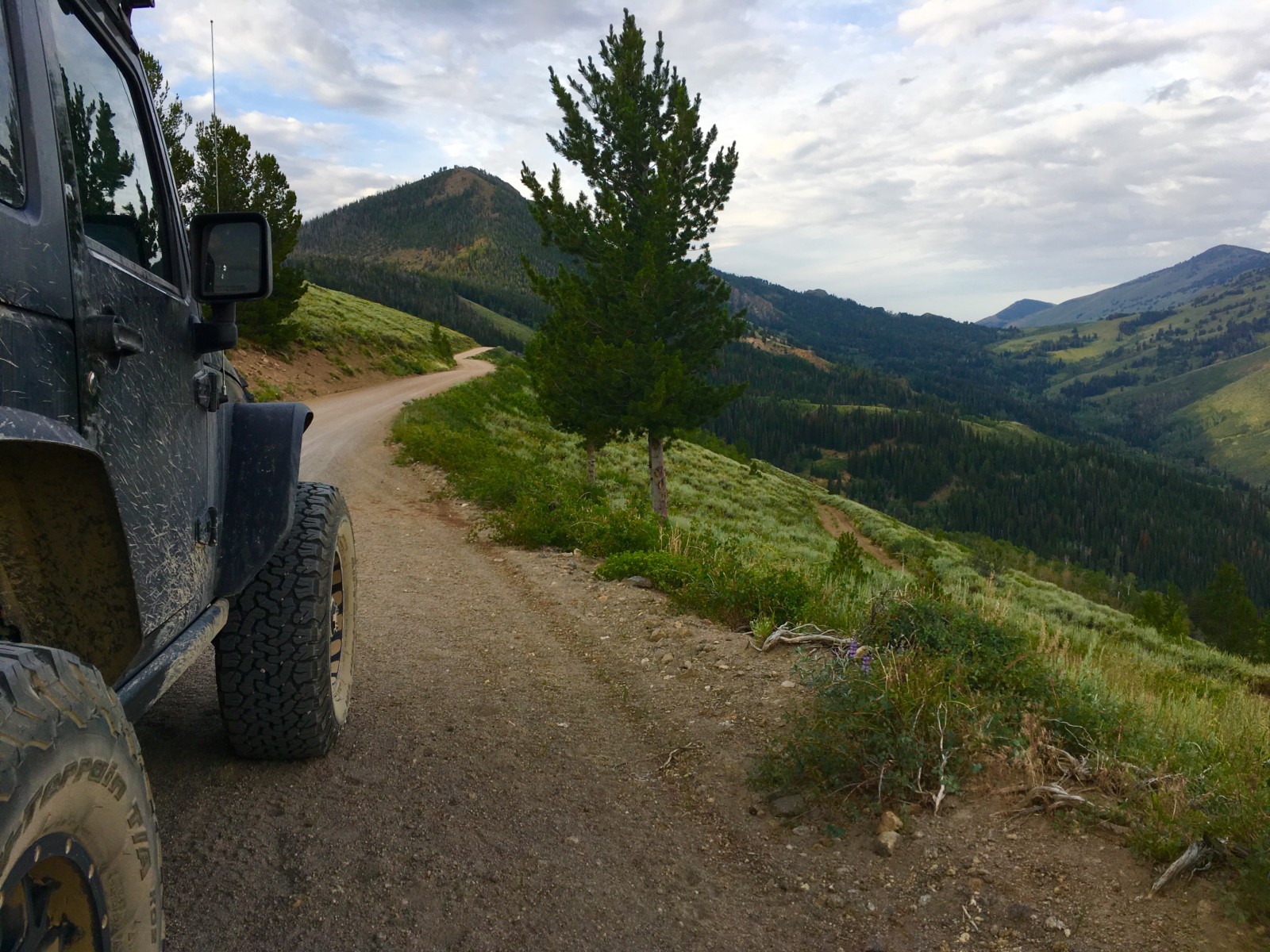 Last week I did another session on the reptile sleeve… …then I packed up the Jeep and drove 6 hours to a remote mountain town near the Nevada/Idaho border.

A client of mine had invited me to come see Jarbidge, Nevada. A couple months ago I crossed out the soonest 4 days on my calendar and now that time arrived so off I went – ready for a break.

The scenery was phenomenal – aspens and pines growing on lush mountainsides amongst streams and wildlife. The town was small – a main dirt road separating a handful of businesses and possibly 30 residences – mostly cabins and tin shacks. We drove around in my friend’s side-by-side. He had bought a cabin there last year. We did some creek fishing and had a rattlesnake coil up and rattle at us. My friend introduced me to Tenkara fishing, which works way better than fly or reel fishing in Jarbidge’s shallow streams and dense foliage. The poles have telescoping sections and no reel. You slingshot your fly onto the water’s surface and dance it around. The trout were biting everywhere.

My buddy had built a giant Jenga game out of 4×4’s so we played that one night after leaving the bar. He won 2 out of 3. One morning we went in to the cafe for breakfast and learned one of the cooks had been missing for 2 days. They thought he was lost in the mountains. My friend and I decided to search for him in the side-by-side and after almost 3 hours we actually found him. On the way back I got stung by not one but two yellow jackets  within ten minutes of each other. After getting the lost cook back to town we learned from his coworkers this was the third time it had happened to him.

The local sheriff has some property and let me stay in one of his cabins. It was super nice – way better than what I expected. My buddy went swimming with his dog My Jeep got dirty Lots of fun. Now I am back in Fallon, and this morning I was finishing up a floral piece on a local hairdresser. We talked about the shooting that happened yesterday at one of the Mormon churches in town. A guy I went to high school with walked in and shot another man dead. Then he walked home and was eventually arrested. So far no one seems to know why he killed the other man. I just added some leaves and smaller flowers to her existing work to tie it all together.