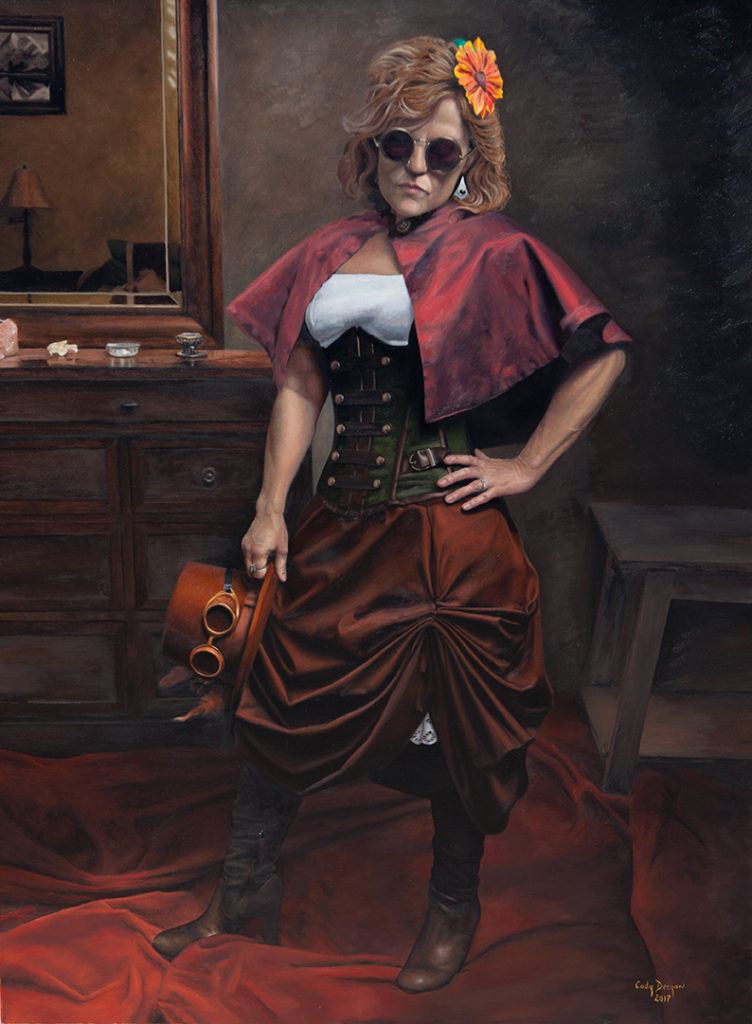 I did this oil painting last year. It was the only thing I wanted from my divorce. I was refused. Life goes on.

I touched up a tattoo on my crossfit client a few days ago, adding some colored lines around the entire piece to tidy it up. She’s tossing around the idea of a large video game character tattoo on her leg next – nice! Yesterday I added a rank insignia for a client who served over in Iraq years ago. We’re working on getting his arm sleeved up. And today I started a Disney/Pixar sleeve, beginning with Jessie from Toy Story 2. I didn’t get her finished so forgive the patchy areas. I probably still have another hour to go on her. We did the Pirate coin a few years ago. It will tie into some Pirates of the Caribbean stuff we’re going to add. disneydivorcepainting
Snake and the Female policy
Flowers and School