Ever Onward and Upward 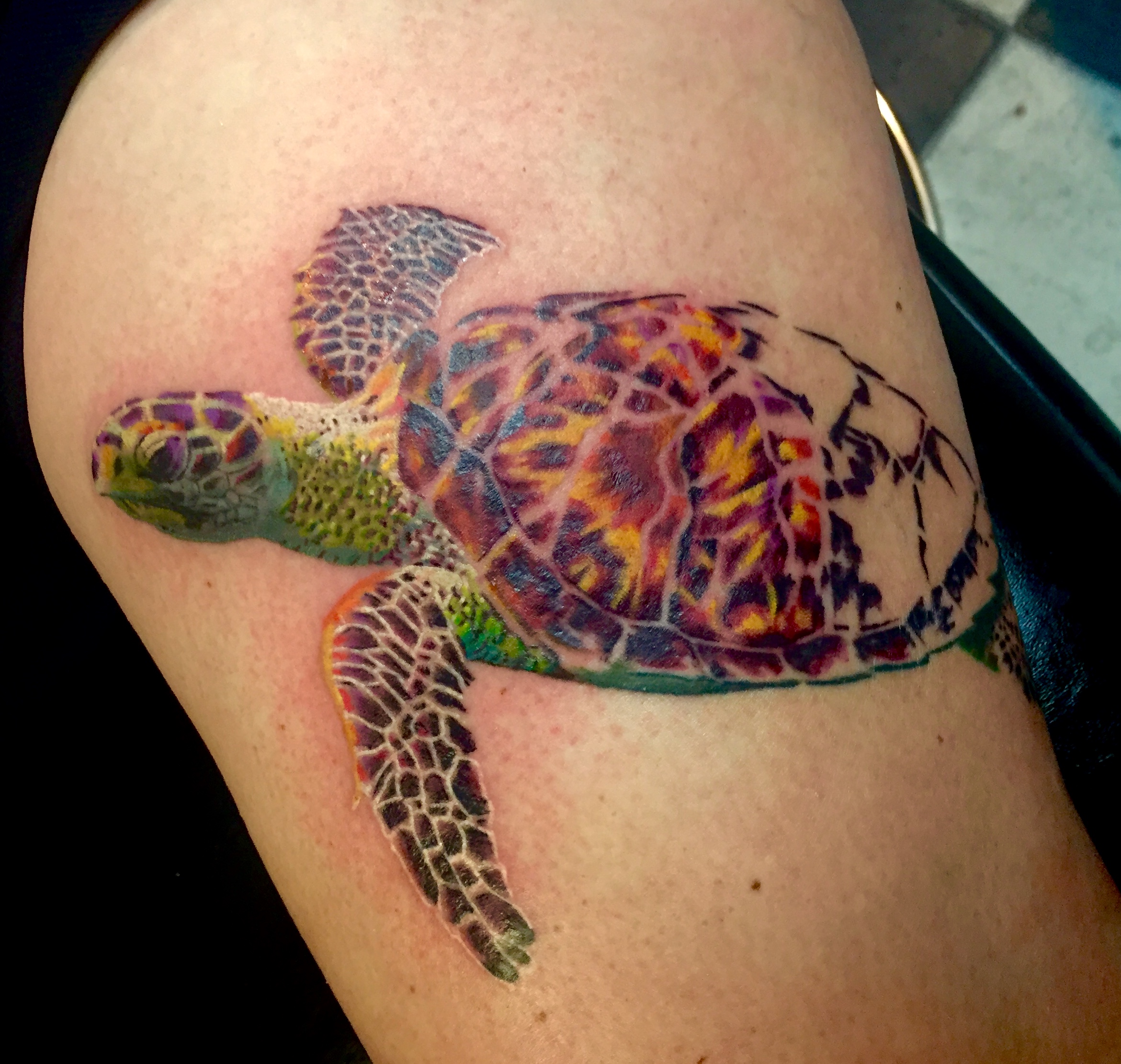 I spent three hours on the second session of the sea turtle, first working on the shell, moving to the head, and then to the front flippers. I mainly used a small magnum needle and a round shader needle. I used a lot of colors.

I got in a couple more hours with the full backpiece on my Reno client. We’re both hoping I can finish it up in the next session. I did a really quick tattoo one afternoon. She got the cool skull octopus on her shoulder among many others recently. I almost got the sunflowers finished on a young client who I’ve known since she was very young. Her and my son used to play together with her younger brother. She was a trooper, hanging in there for three hours. I’d say we have another hour left to completion.

I’ve been working towards making a new video for my app. I wanted to film me working on my son’s tattoo design on the app, and then also get footage of me tattooing the design on him.

It almost went to plan. I wanted to use two cameras so I could cut between me tattooing and also me dipping among the different inks. One of the cameras wouldn’t record. And my kid’s skin started beating up as soon as I started tattooing him, which didn’t make for good footage. I told him he needs to take his multivitamin every day (which he hasn’t been doing). I’ve seen it make a difference in clients over the years. When I see skin acting like that and I could tell he was in some pain, I always start rushing and trying to finish quickly. I also start trying to be as gentle as possible. It’s not a good recipe for a solid tattoo. I know better. But I really wanted my kid to have this tattoo as close to finished as possible because it hangs out of his tee shirts and is visible at school to other kids, so I know he wants it to look good.

I worked on some flowers and a dragonfly on an in-progress sleeve. I stopped after a couple hours because my back was bothering me today, but it still felt good to get three elements finished. The dragonfly was fun, and the blue flower came out cool. The purple and yellow one was up on her inner bicep and it was pretty sensitive. The skin was beating up quickly in that region.

And I had a sheriff deputy send me an idea for a new tattoo that he wants to get of Lady Justice and an angel. I really felt the design could benefit from a model so I hit Valarie up to come do some more posing. I’ll use the photos to help me create a more realistic style art piece.