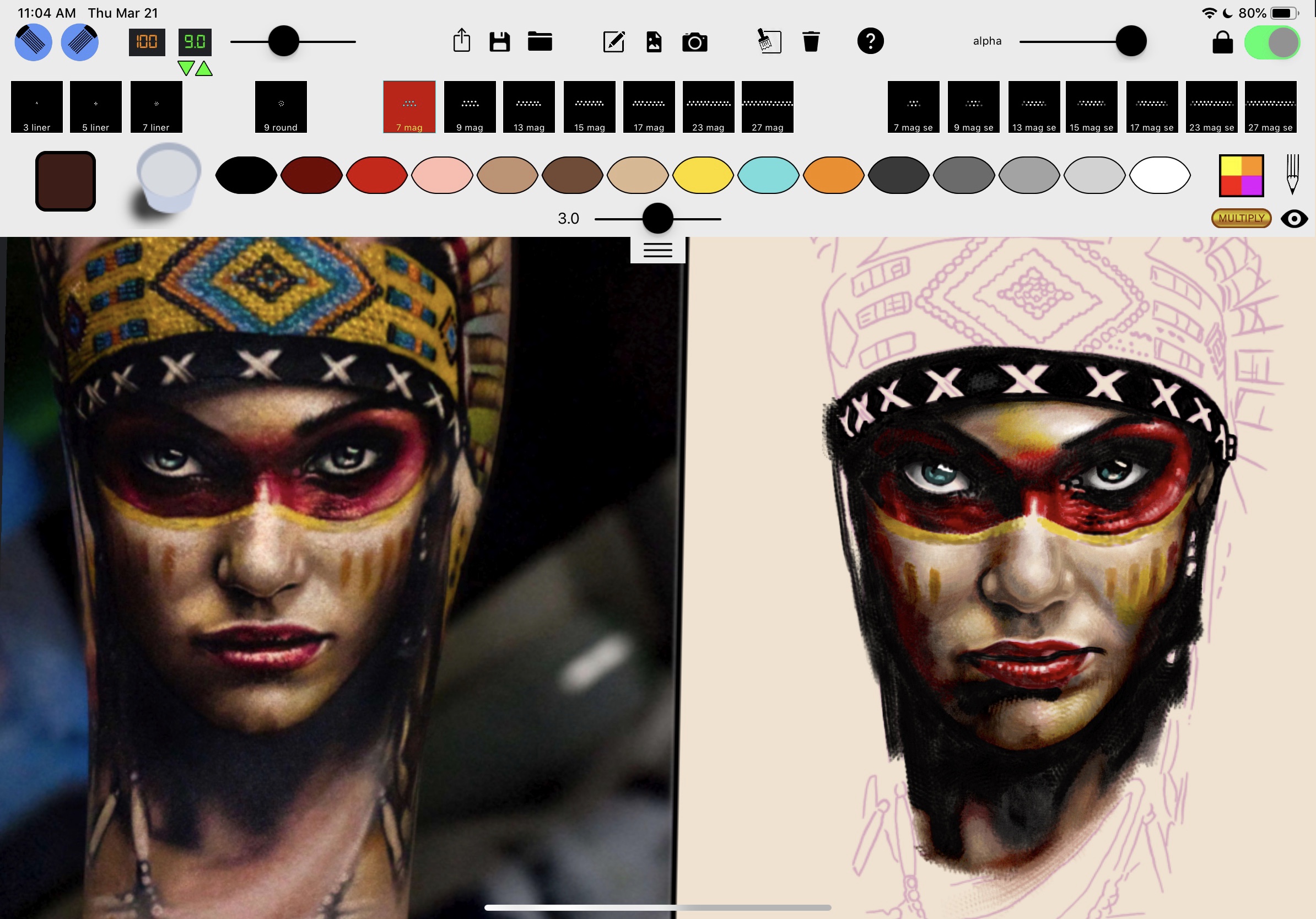 Apple approved my appeal so TattApp is back on the App Store and updated. I had made a new  promo video for it and threw a shout-out to Kent Bartley at Evolution Tattoo in Troutdale, Oregon because I used one of his tattoos in the video. He actually liked my video and shared it on his Facebook, so that was really cool.

I spent some time trying to emulate one of Andrey Stepanov’s world famous tattoos on my app. I’m thinking about doing a new video to show how to approach that particular style of tattooing. I don’t know what his approach is, but I went at it the same way I do my oil paintings.

I started a big double dragon piece on a new client’s back. It was a slow lining process rinsing and changing colors as I moved up the back trying not to lose the stencil as I went. Once all the lines were done I went back and started some black fill.

Working on the Nevada mining piece again I spent most of the 3 hour session tidying up what we had already started. This one is tough because – like Nevada – it’s awash with very drab browns everywhere, so I have to rely more on contrast to help bring the piece to life.

Horror movie leg sleeve is coming along. We’ll be moving to the back thigh next to start a large piece featuring Jeepers Creepers and Children of the Corn.

I got to work on a former client who had started his arm piece a few years ago. He had gotten a new job as a lifeguard on a Disney Cruise ship last year and has been out in the Bahamas and Florida meeting all sorts of interesting people. He came back to Fallon on break and wanted to get the rest of his tattoo finished. He’s only got one more appointment before he goes back so hopefully I can get most of it done before he leaves.

I added a mandala to the decorative line piece I started back in December. This client is the one who got me our new puppy. She brought one of the sister puppies by briefly and she was super cute, and so tiny compared to our beast Lenny. And lastly I attended the Career Fair at Mineral County High School in Hawthorne, Nevada yesterday. I sat at a table with my photo albums and a sketch book while classes meandered around the gym and kids visited the different businesses. I let some of the kids play with my iPad Pro and Apple Pencil. Here’s what they did: armordragonshorrortattapp
Ever Onward and Upward
Videos and Tattoos