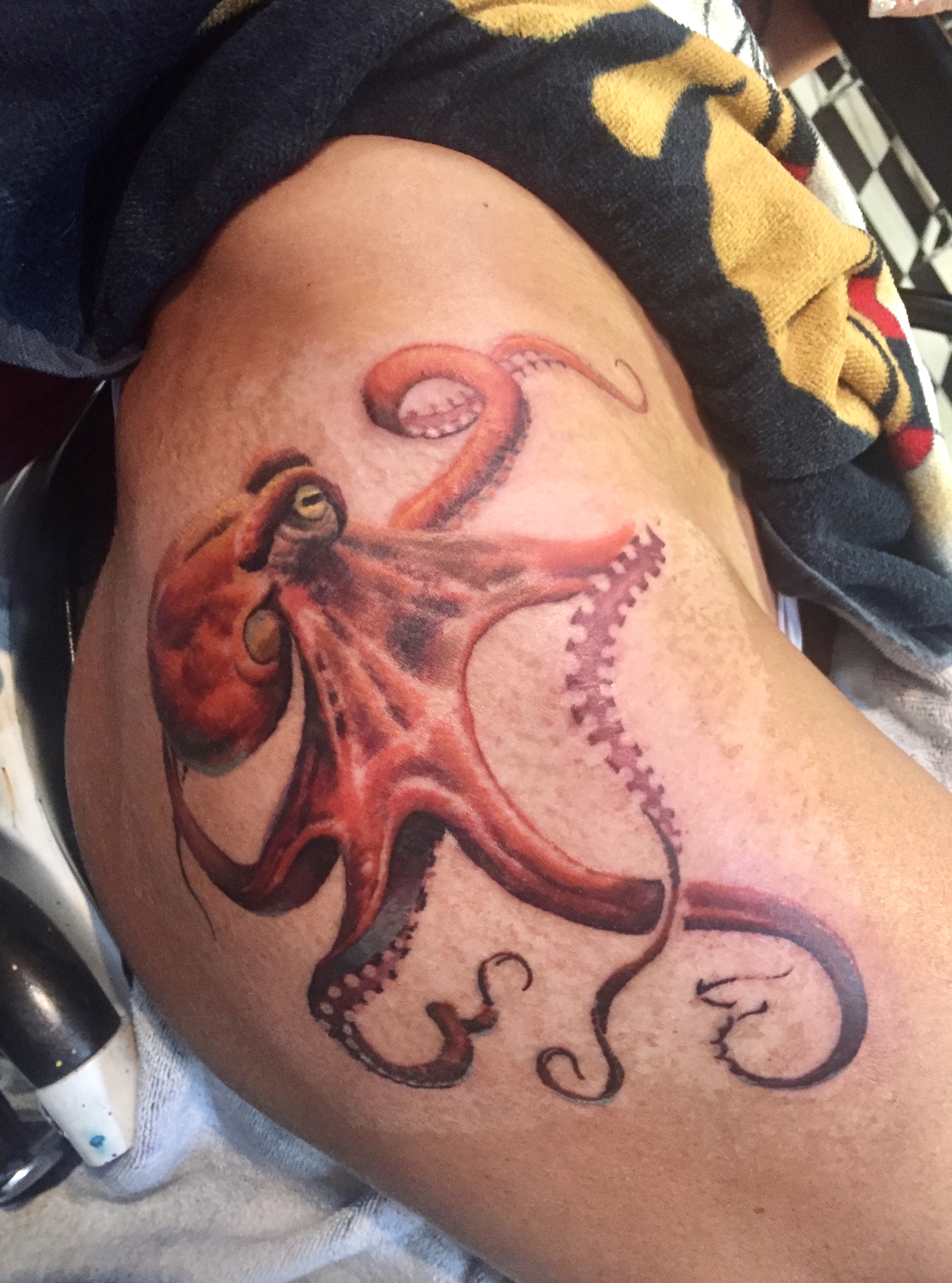 My Navy Officer client from Guam made it five days in a row. The octopus on her hip was the most painful. I wasn’t able to get all the tentacles in before she had to leave for the airport, but when she returns I’ll add them along with a coral and ocean background to fill up the entire outer leg.

Day one was the clown fish, day two was the manta ray, and days 3-5 were the octopus.

I finally finished the dragon and cross.

I resumed work on a Nightmare Before Christmas sleeve that I began about 5 years ago. Life happens for clients and they have to put projects on hold, but this guy is back at it.

I’ve sometimes wondered whatever happened to the guy who started teaching me how to tattoo back in 1997. We parted on unpleasant terms because he practically ruined me financially. I helped the local police discover that he was wanted in Missouri and he was extradited back. I never saw him again. An internet search showed that he passed away a couple years ago.

I did a cute little hip tattoo of three pink roses.

I did a black and gray tattoo of Mount Rainier on a woman from Seattle.

Little tattoos are difficult for me, but I still manage to pull them off.

I did a simple Slow Poke Rodriguez tattoo. The guy who taught me to tattoo did the Speedy Gonzalez one 22 years ago. I’ve known this client a long time. I actually did the upper tattoo of his son wrestling while I was still learning. We didn’t use stencils back then. I had to draw it freehand with a pen.

I have a color portrait tattoo coming up in a few weeks and I have been planning my approach. It will be the character “Squints” from the movie “The Sandlot.” I’ve been trying to figure out what colors I’m going to use. The character is in shade so there’s not much contrast, which makes for a difficult piece to make look good. I sketched out a color design, then I practiced in my tattoo app (image below). I’ll probably practice more because I’m still not sure on my color choices.